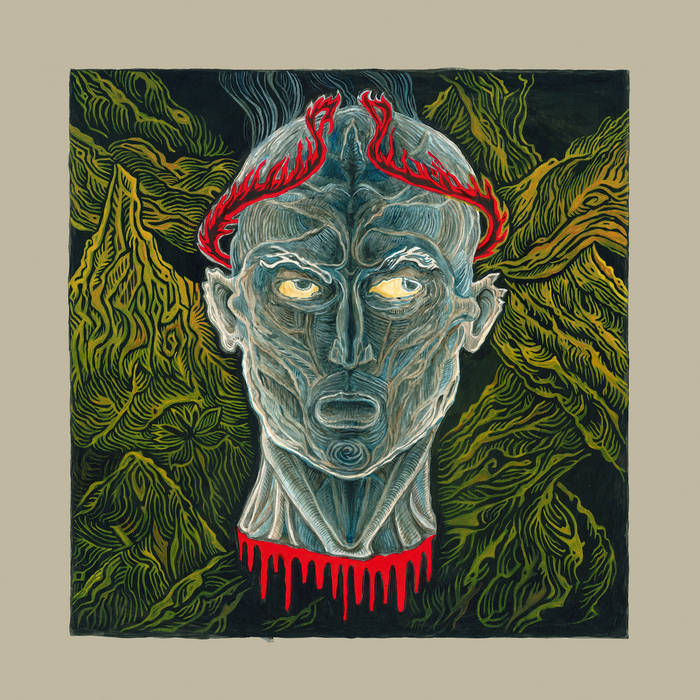 zhmcd Probably my favorite metal track in years. Reminds me of when I first heard Enslaved - Below The Lights, with electronic squeals and trills walking in the background of an utter banger. Anything based on Bataille is a positive, also. Beautiful vinyl package. Favorite track: Runenberg.

Keeping within the spirit of the headless cult, the always evolving and self-defining project of Set Sothis Nox La now sets out to unleash their new and self-titled album; ten years after their last full length.

On seven epic-length tracks, spiraling with monolithic auras and blasting with furious whirlwinds, L'Acéphale appears at once aloof, yet savage with wild abandon, while at times delicate, but still unbreakable.L' Acéphale is as avant-garde as you can get, while raging with blistering and cacophonous ferocity.


'A arthouse with plenty of war going on' - Ave Noctum

'It's safe to say that "L'Acéphale" is one of the best records to come out of the United States in a long time ... a work that defies standards, breaks barriers and sets new grounds reliably and credentially. Memorable!'- Ultraje 9/10

'the track "Hark! The Battle-Cry is Ringing” is a pagan metal take on Dead Can Dance’s mysticism.'- Invisible Oranges

'The record is a sprawling multifaceted thing that gets better each listen, with mumbling incantations and screeches in at least three languages, and a wide range of elements and experiments from across the cutting knife edge of black metal. You’ll be wandering around in search of your own head by the end of it.' - Echoes and Dust

'once we were made aware that the band was getting ready to become more active, we saw the perfect opportunity to satiate our hunger for more L’Acéphale. With the announcement of their self titled,74-minute album coming this April on Eisenwald, what better time to explore the abyss than now?' - Roadburn / José Carlos Santos

'They give a great punch to a refreshing album, different and evolutionary, they have been brave.' - Metalbrothers

Recorded over the course of six years at various locations, with
primary recording and final mixing taking place at Gabriel Espinoza’s
studio, the Hellhole.

Bandcamp Daily  your guide to the world of Bandcamp